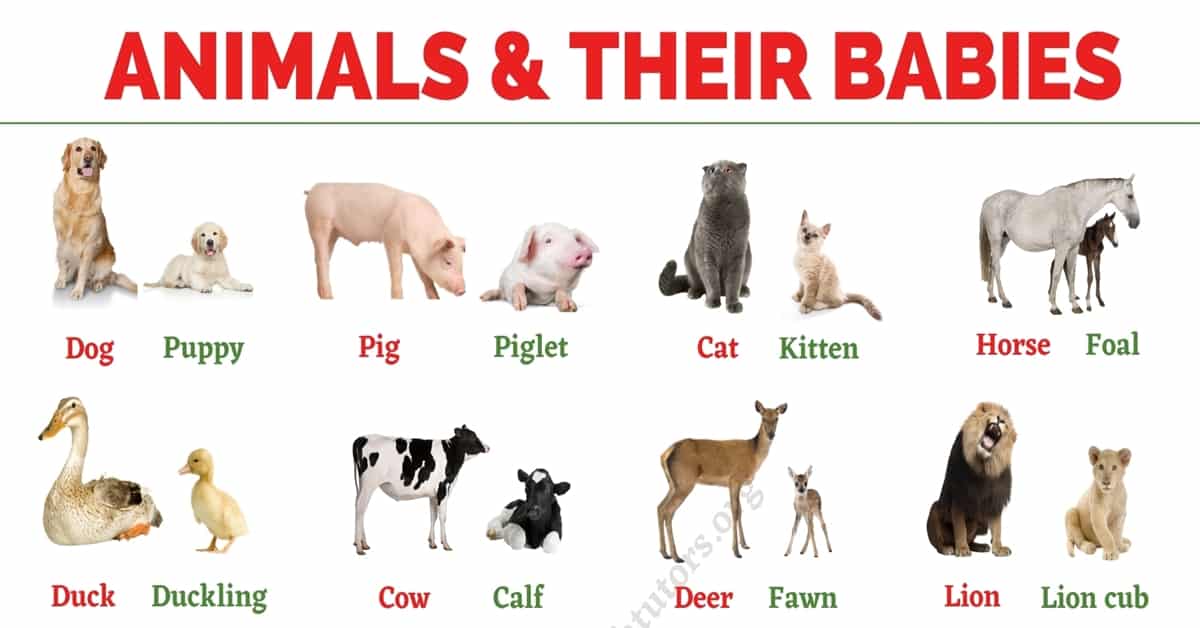 Baby Animals! In this article, you will learn a list of common animals and their young babies. Learn those words will help you enhance your vocabulary words.

Learn the names of baby animals and their parents with the example sentences.

The cat and dog may kiss, yet are none the better friends.

What are you going to call the new puppy?

The meat produced from a pig is called pork, bacon or ham.

He treated the piglet tenderly, played games with it, and spoke to it as if to a child.

When the cat’s away, the mice will play.

The kitten was ensconced in an easy chair.

A horse stumbles that has four legs.

The foal was sired by a cup-winning racehorse.

Every dog is a lion at home.

Lion cubs depend on their mother to feed them.

November is a good time to hunt deer.

The fawn ran to the top of the ridge.

If you sell the cow, you sell her milk too.

The cow has produced a calf.

She’s taken to teaching like a duck to water.

The duckling followed its mother everywhere.

We stabbed at the roast turkey with our forks.

Poult is a young domestic chicken, turkey, pheasant, or other fowl being raised for food.

The tiger that has once tasted blood is never sated with the taste of it.

You know, wash a car with one hand and feed a bottle to a tiger cub with the other.

The sheep were penned in behind the barn.

A lamb is as dear to a poor man as an ox to the rich.

The kangaroo has a fast turn of speed.

A baby kangaroo (joey) born in the Detroit Zoo in early 2007 ventures out of mom’s pouch–for a few seconds at least.

I personally would rather roast a chicken whole.

The chick is ugly and almost reptilian in its appearance.

The swan sings when death comes.

A cygnet is hovered by a duck.

The donkey bucked when it saw the snake.

Our neighbour’s female donkey is carrying a foal.

He had been mauled by a bear.

Learn more with a list of desert animals in English. 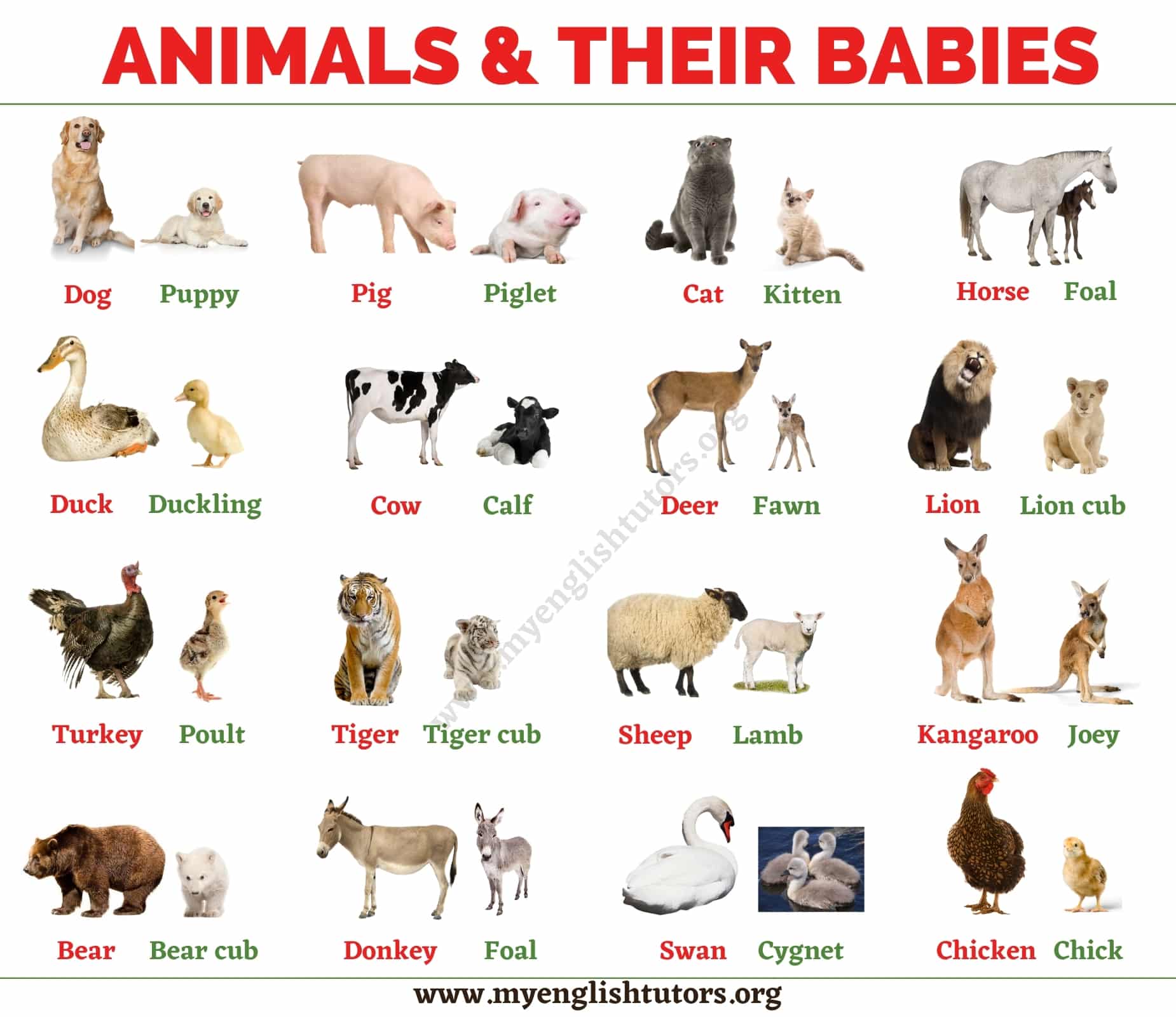