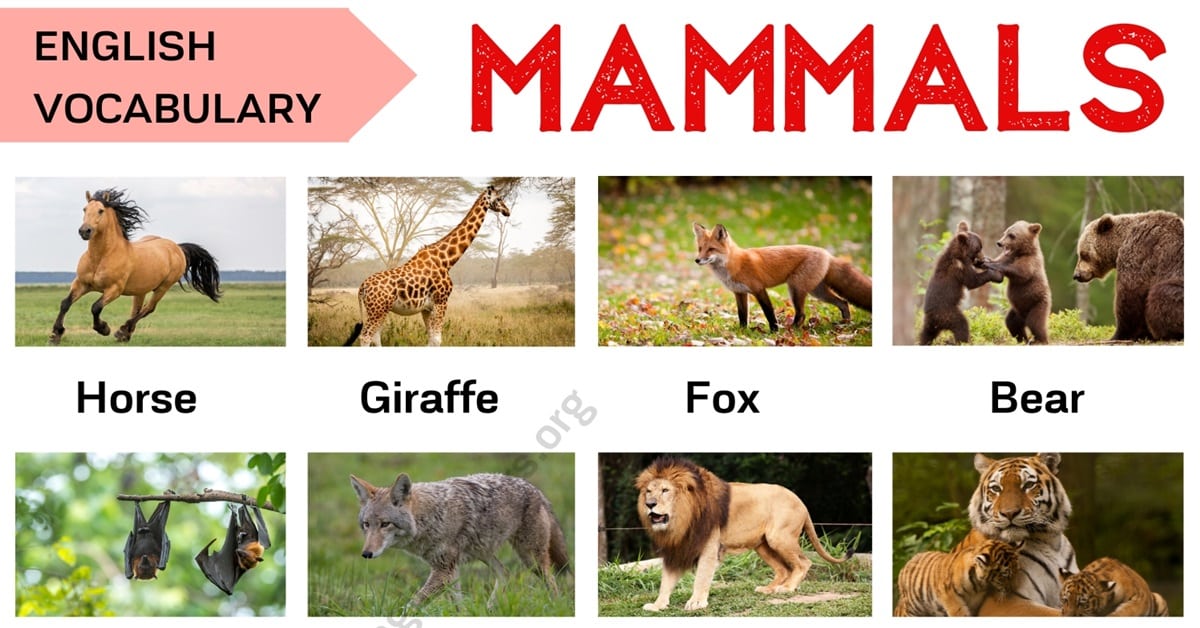 Mammals! In this lesson, you will learn a list of mammals names in English with ESL picture and example sentences to help you expand your English vocabulary words.

Amazing. Thanks. It helps my son a lot.

it was really helpful!