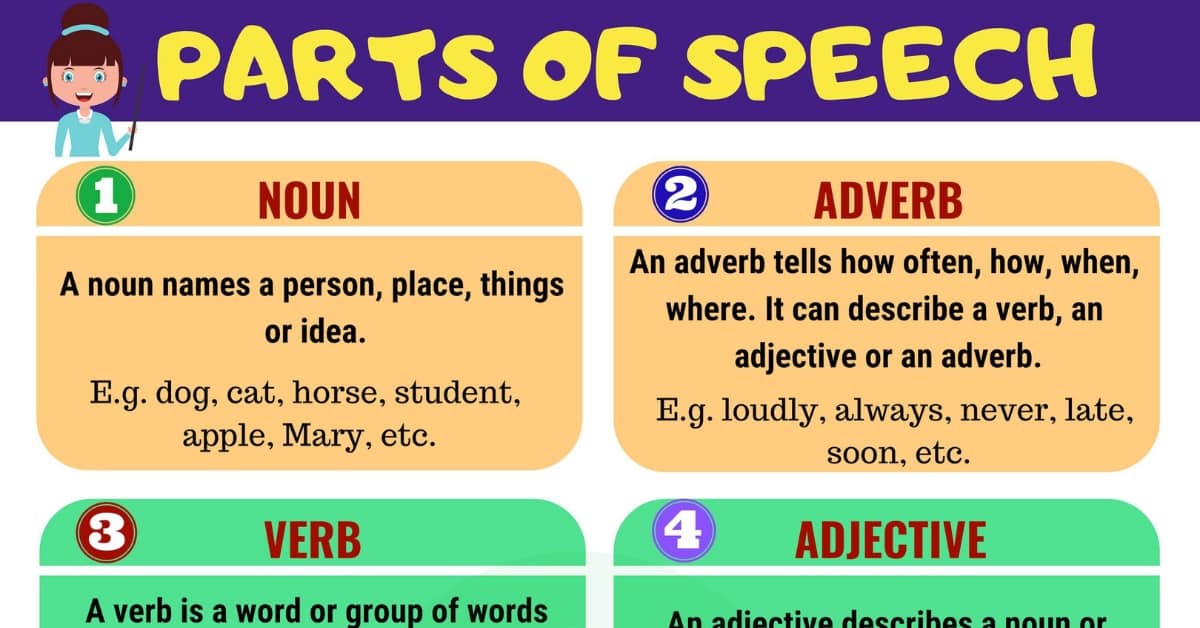 The parts of speech explain how a word is used in a sentence. There are 8 parts of speech (also known as word classes): nouns, pronouns, adjectives, verbs, adverbs, prepositions, conjunctions and interjections.

8 Parts of Speech in English

8 Parts of Speech in English | Image 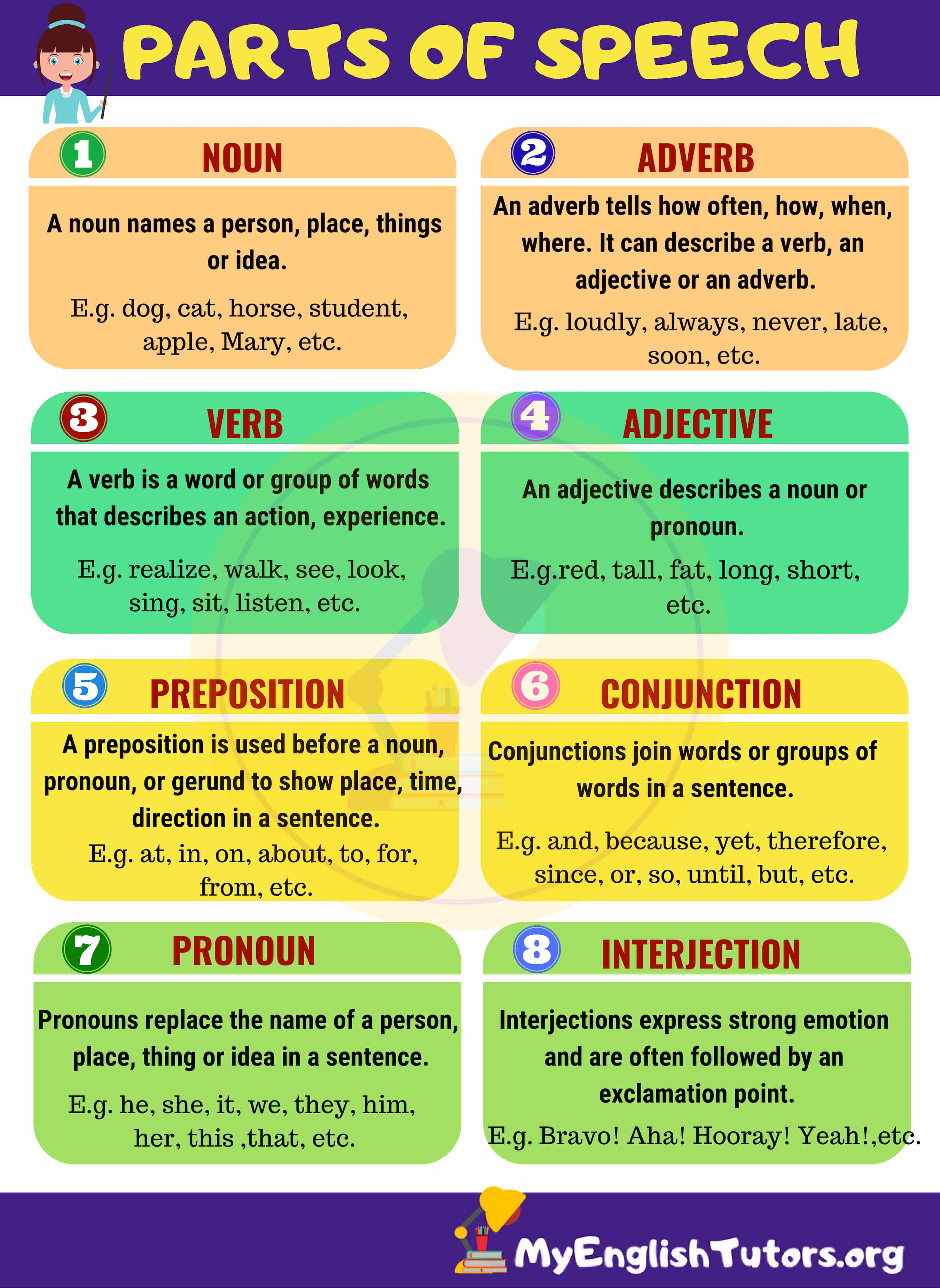 Please explain how to use the parts of speeches in sentence formation..

Hi, why is the ARTICLE not part of the speech? Like in french?
“The, a, an,…” to which category do they belong?

Nice one, simplified as much as possible , reading through all, was like eating a pizza or taking a walk in park