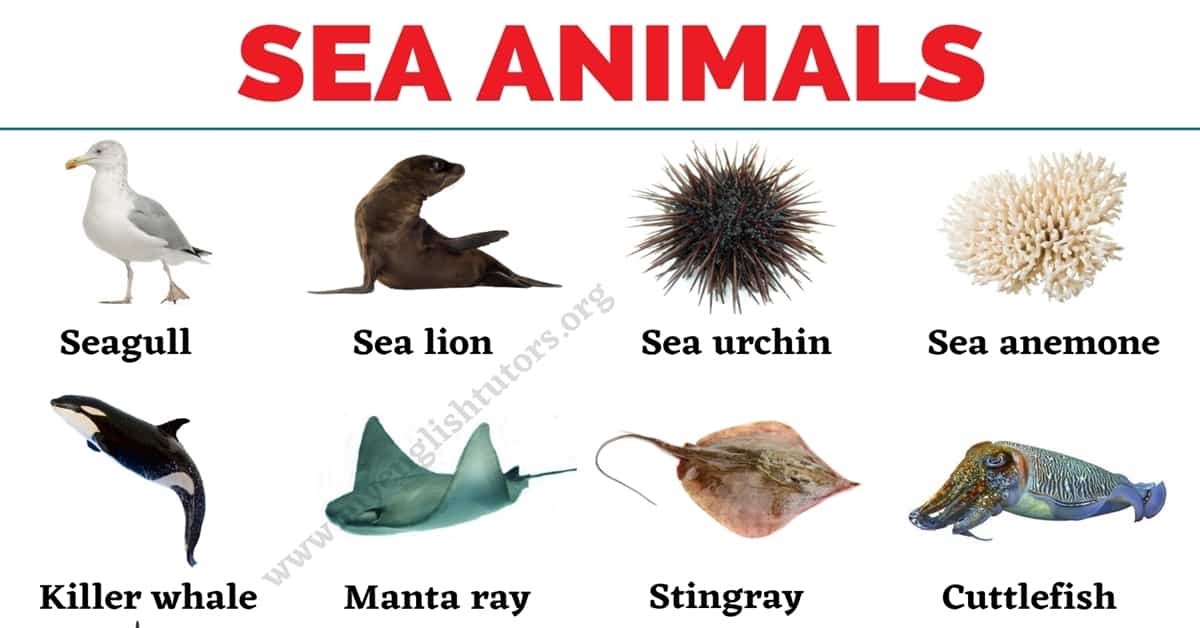 Sea Animals! This article provides a list of common sea animals in Englis with the picture and examples. Learn those words will help you enhance your vocabulary words.

Sea animals in the example sentences.

The use of the word ANIMAL is utterly INCORRECT. Whales, sea lions and dolphins are mammals; not sea animals. Birds are birds, not animals. Fish are fish, not animals Insects, crustaceans, myriapods, hexopods are invertebrates, not animals A certain group, the anthropods, are attempting to blend in to hide from their crimes against Humanity. This is a very deep dark secret in history that was designed to destroy Humanity. Heaven’s souls spend 300 years in the Cycle of Life learning to survive and get along with others and then spend 800,000 soul years in the Consciousness Stream to perfect themselves… Read more »

Looks like you’ve McFailed, Janet. On more than one front…

I have no interest in addressing the rest of that nonsense. Yikes!

it may be a new one somewhere