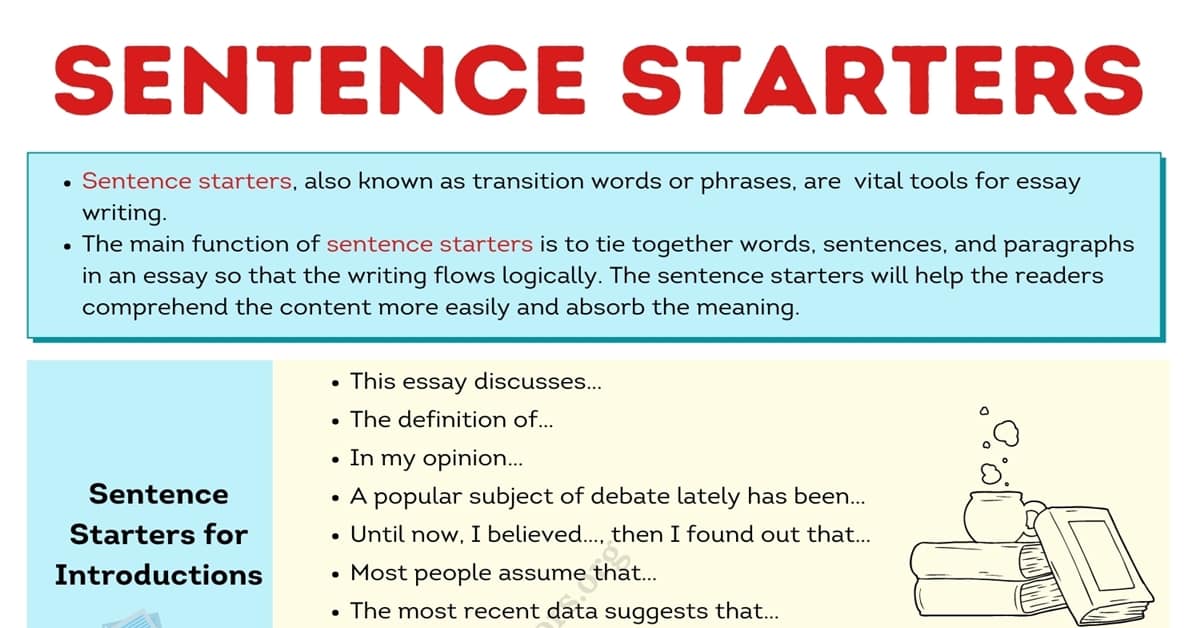 Sentence starters, also known as transition words or phrases, are vital tools for essay writing. They play a key role in formulating an interesting and well-written introduction, providing smooth transitions between sentences and paragraphs, and writing a proper conclusion that summarizes the main points covered. Sentence starters are one of the essential tools of a skilled writer.

What Are Sentence Starters and Why Are They So Important?

The main function of sentence starters is to tie together words, sentences, and paragraphs in an essay so that the writing flows logically. The sentence starters will help the readers comprehend the content more easily and absorb the meaning. The writing will be well-organized and cohesive.

Reading an essay containing well-placed and thoughtful sentence starters will be much easier, more interesting, and far less tedious. Most readers will be comfortable reading the material and will understand the writer’s intent. Students who use sentence starters expertly can expect to receive higher grades on their essays and exams.

What Are Some Examples of Sentence Starters?

Sentence Starters for Transitioning Between Sentences and Paragraphs

Moreover, data from a follow-up study found an even better outcome for patients who used this treatment.

While the news was positive, experts were cautious about becoming overly optimistic at this point.

On the other hand, the lead engineer, Edward Boswell, disagreed with the proposed remodeling plans.

Although Rachel Turner was against the tentative schedule, she compromised with the rest of the committee.

Whereas Fairfield amended its town ordinance, Weston decided to postpone the action indefinitely.

Examples of Sentence Starters in Conclusions 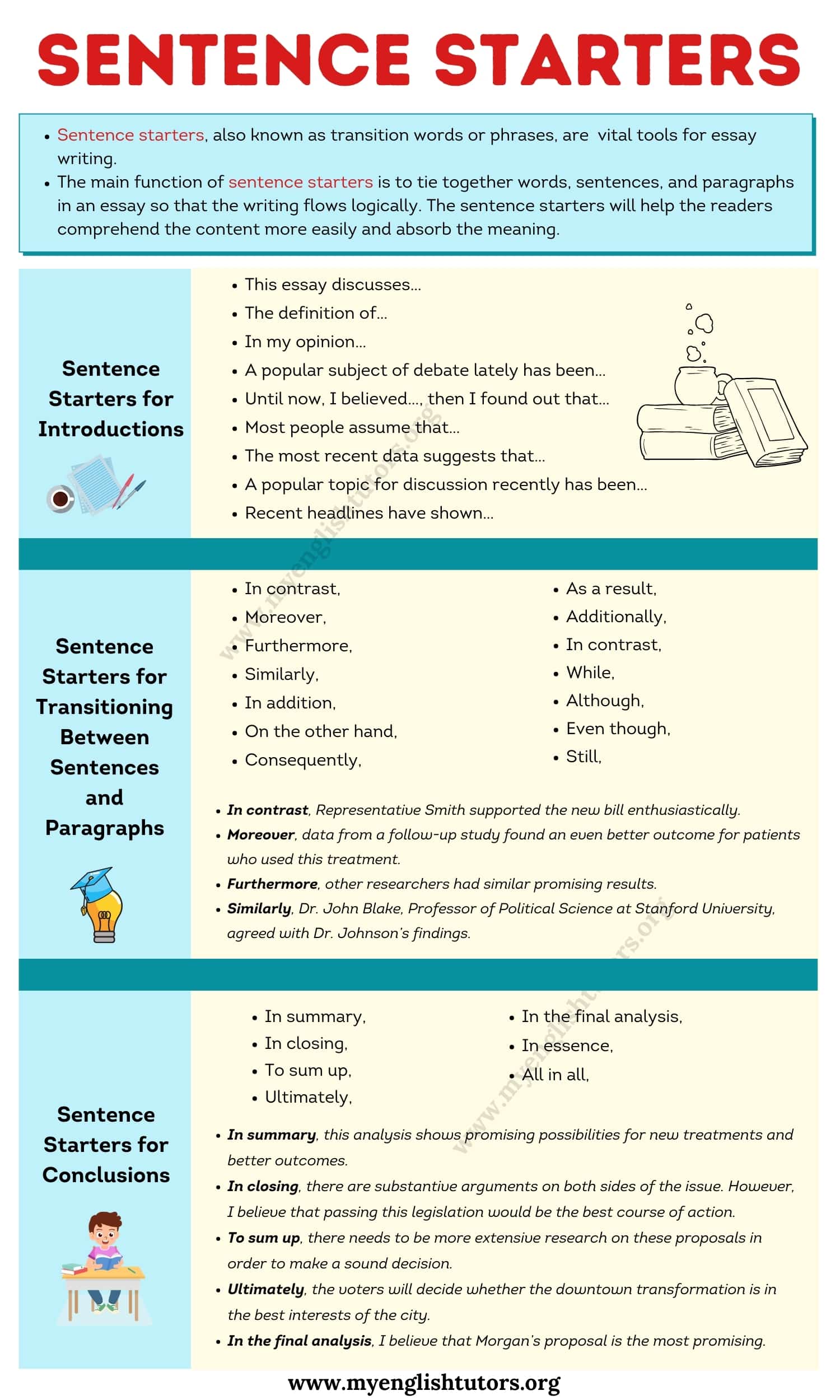