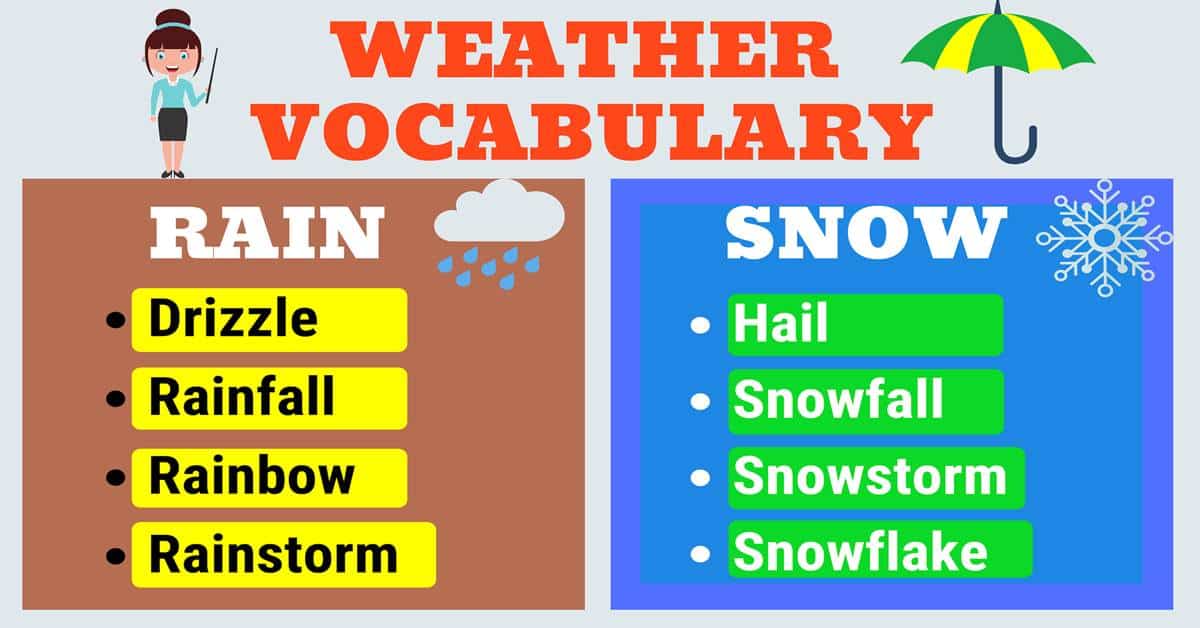 WEATHER Words! In this lesson, you will learn useful words & phrases to describe the weather in English.

Snow means atmospheric water vapor frozen into ice crystals and falling in light white flakes or lying on the ground as a white layer.

Wind is a current of air moving approximately horizontally, especially one strong enough to be felt. 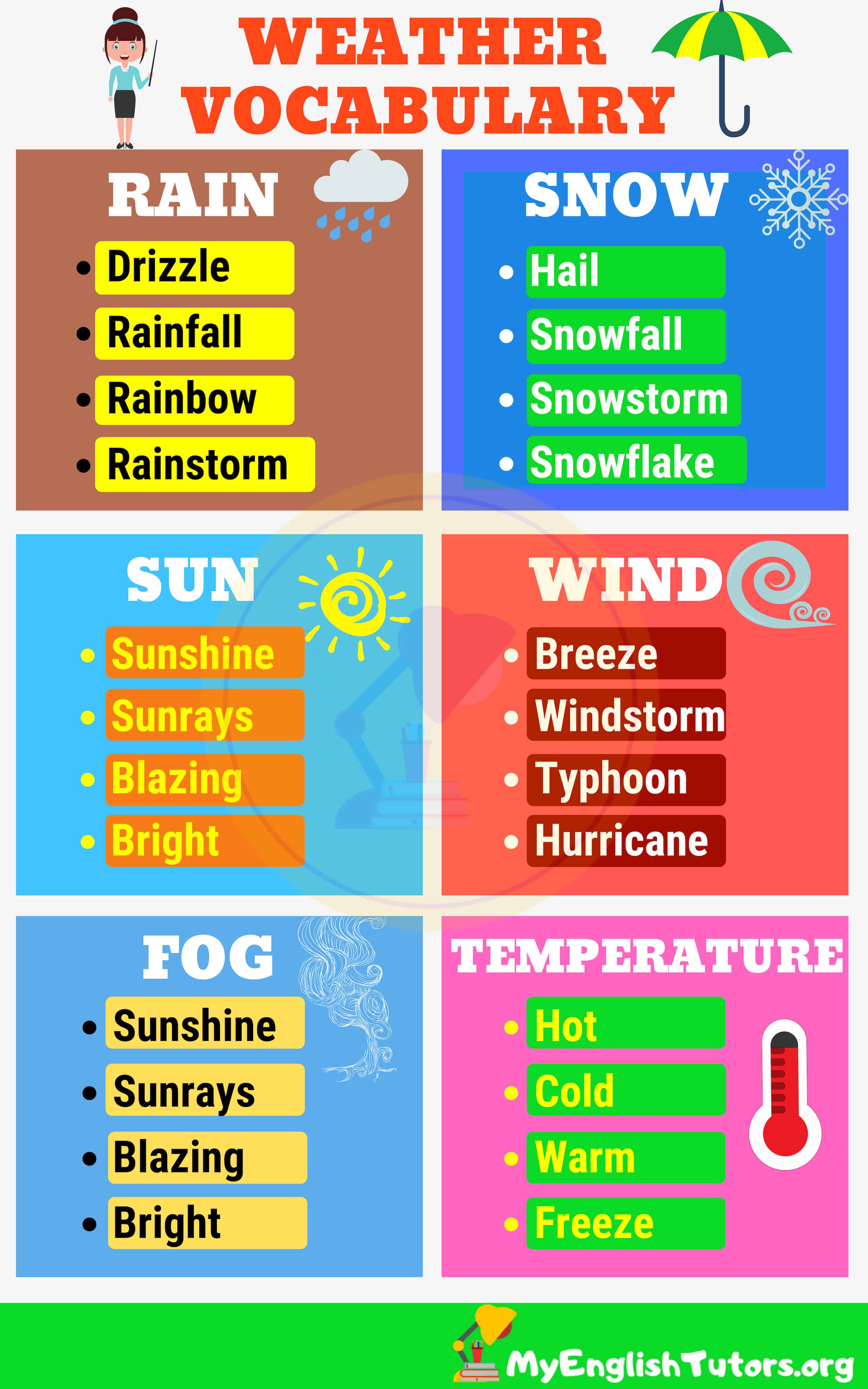 what are 10 wether words

Thanks for these words…It helped me a lot for my class…Wonderful!!

Thanks a lot .it will help me in my class while teaching my students.