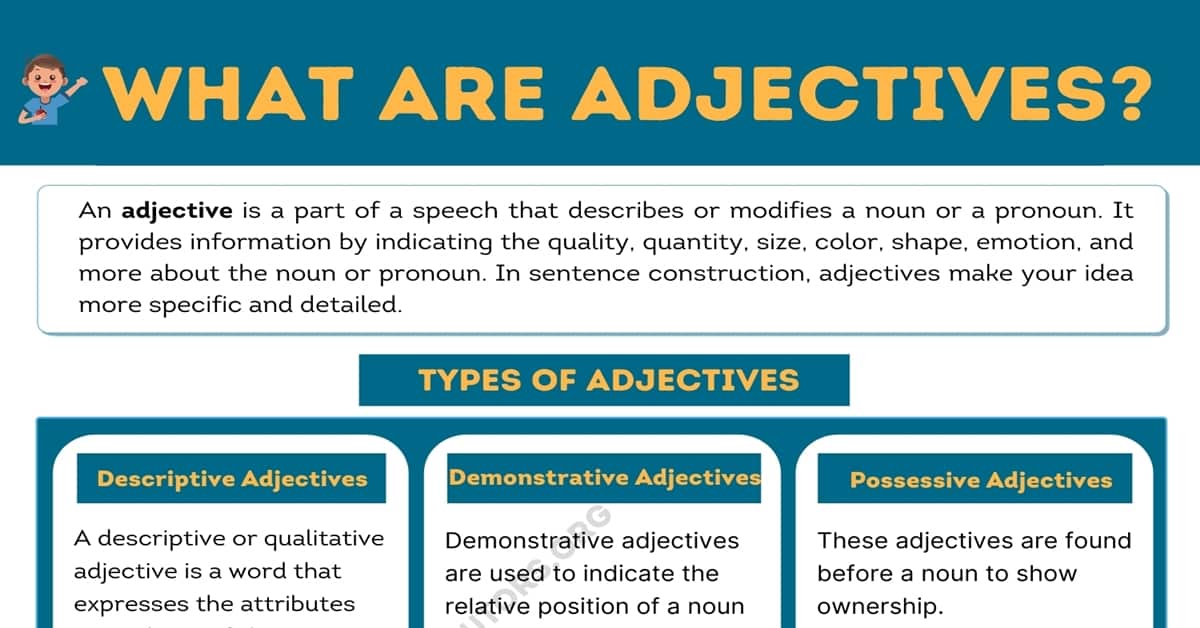 In constructing a sentence, nouns are used either as the subject or object of the action. These nouns are further described by using words that give the quality or quantity of the noun. These words are called adjectives. Read on as this article discusses what adjectives are all about.

What are adjectives? An adjective is a part of a speech that describes or modifies a noun or a pronoun. It provides information by indicating the quality, quantity, size, color, shape, emotion, and more about the noun or pronoun. In sentence construction, adjectives make your idea more specific and detailed.

Adjectives are a broad group of words, and they can be further divided into types according to how they are used in speech. Here are the different types of adjectives with corresponding sample sentences:

A descriptive or qualitative adjective is a word that expresses the attributes or qualities of the noun. This includes opinions and expressions of what can be seen, felt, smelled, heard, or tasted by the speaker. Most of the adjectives used in writing belong to this type.

This type provides the number, amount, or quantity of the noun that is being modified. Quantitative adjectives answer the question “how many” or “how much.”

These adjectives are found before a noun to show ownership.

Adjectives can be placed in different positions inside a sentence. An adjective can be in:

An adjective in attributive position is found before the noun that it modifies.

Example: That tall building has a height of 50 meters.

An adjective is in a postpositive position if it is placed directly after the noun that it describes.

Example: The hotel promised them the best room available.

If an adjective is found in the predicate of a sentence and is separated from the noun by a linking verb, then it is predicative in position.

Example: That building is tall.

For a series of adjectives that modify the same noun, the correct order of the enumeration of such adjectives must be followed. This proper order is as follows: determiners or quantity, opinion, size, age, color, shape, origin, material, and purpose.

Here are some of the numerous adjectives in English vocabulary:

What Are Adjectives | Image 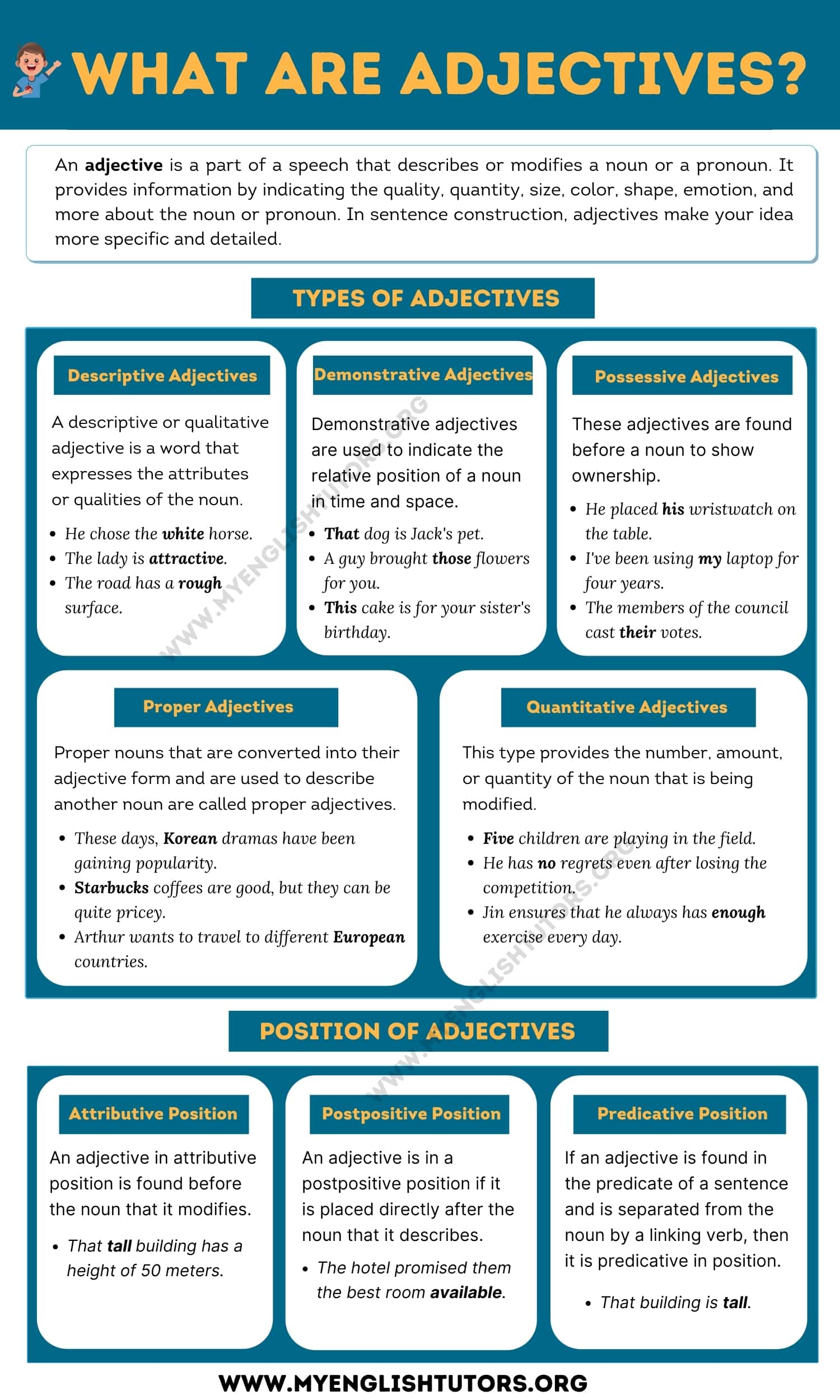